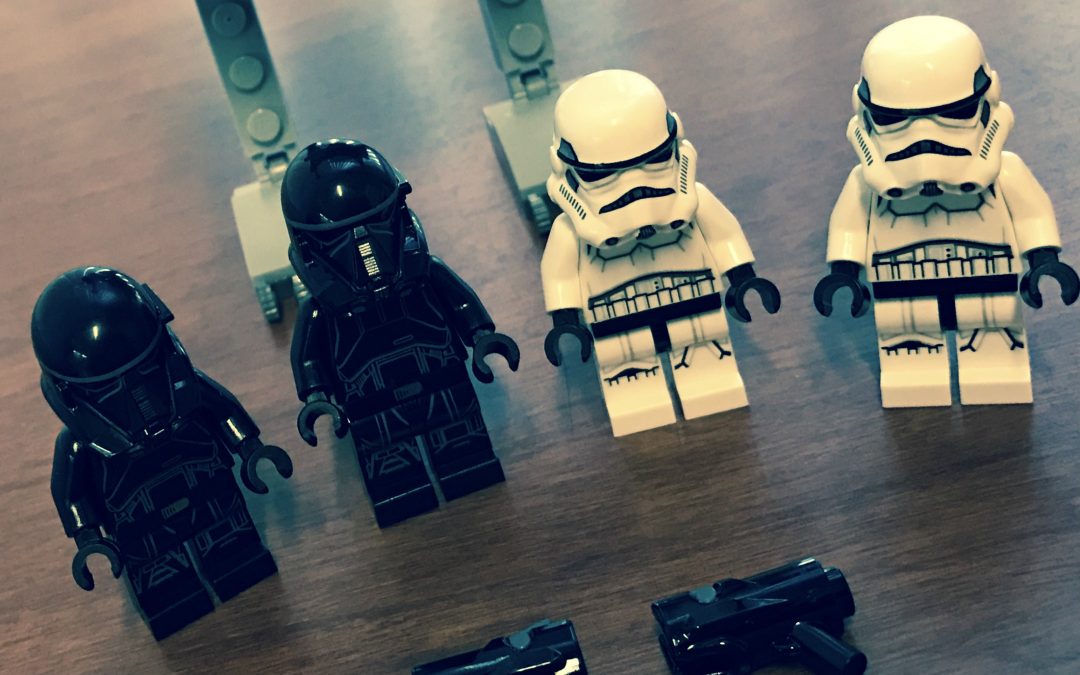 Today I bring you another review for the latest wave of Star Wars LEGO; Star Wars LEGO 75165 Imperial Trooper Battle Pack.  Last week, I reviewed the LEGO Y-Wing from the same wave.

LEGO Star Wars 75165 Imperial Troopers is a no brainer.  It has two of the current, highly detailed, OT style Stormtroopers!  These are NOT the Stormtrooper abominations in the Star Wars Rebels Battle Pack.  And you get two Death Troopers to boot.

I missed out on the Stormptrooper battle pack from years ago, but that’s ok.  There weren’t nearly as detailed as these new ones.  I plan to amass over 100 of these little guys, so that means I should have plenty of Death Troopers to trade or sell off.  😉 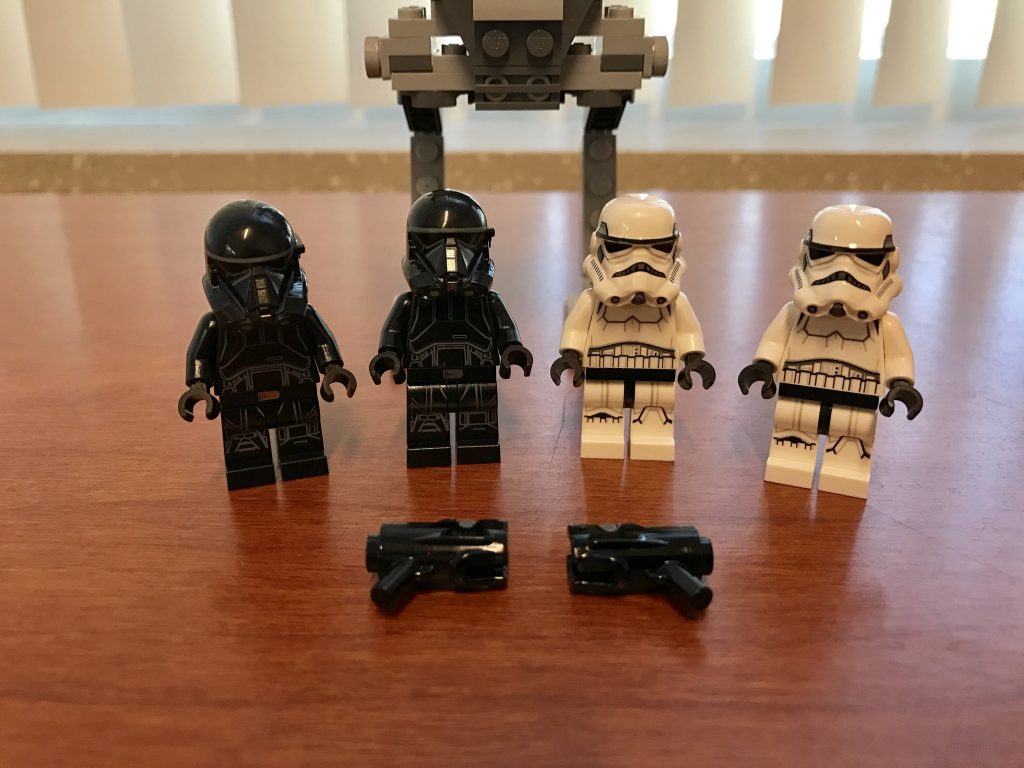 The price of $14.99 for the new Battle Packs is crazy high, but I was lucky enough to find these at 20% off on Amazon right after they were released.  If I find them at 30% off, look out!  While the MSRP does seem high on this set, it’s not quite $4.00/minifigure, which is the going rate for Collectible Mini Figures.  And really, what’s the better minifig?  A CMF or a cool white trooper?  🙂 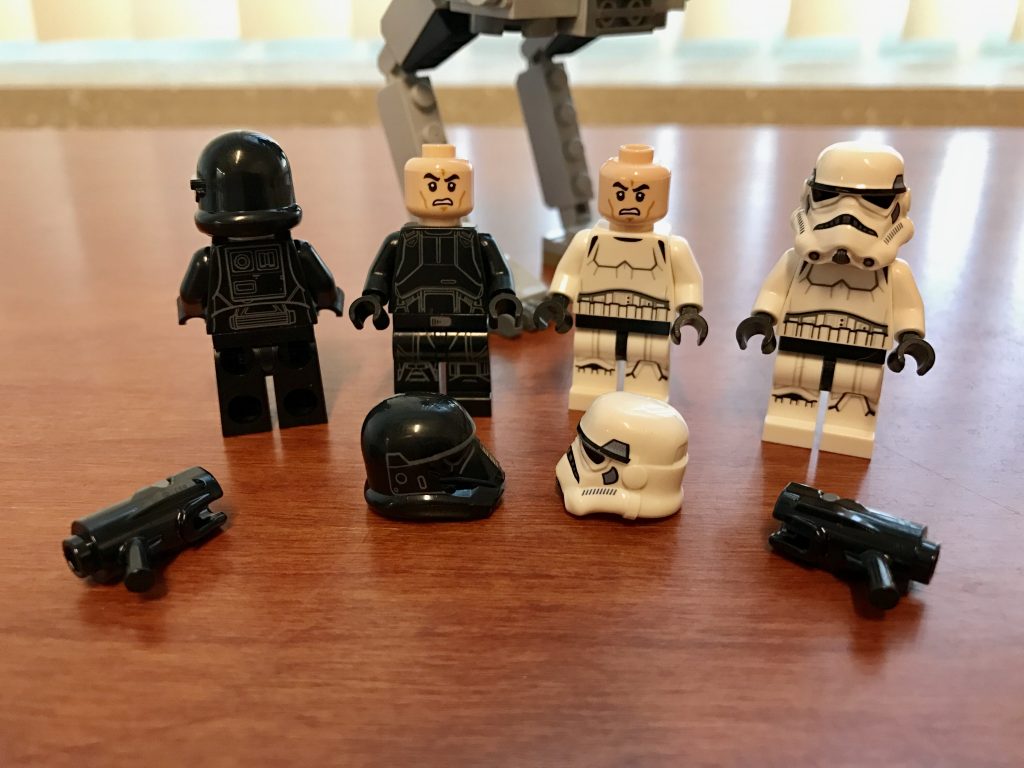 I’m not really going to touch on the mini model, because we know it’s just thrown in to get the piece count up to their target price point.  It’s a decent looking walker, and does come with some great parts like 1×2 dark tan plates, and bunch of light gray curved slopes.

My only gripe with this set is the inclusion of the stud shooters.  The novelty on these things wore off fast for me.  I would MUCH rather have a much of the good old Stormtrooper blasters we got over the last few years.  If anyone is interested in stud shooters, I will gladly trade you mine for your traditional blasters!

So what do you think of the new Star Wars Battle Packs?