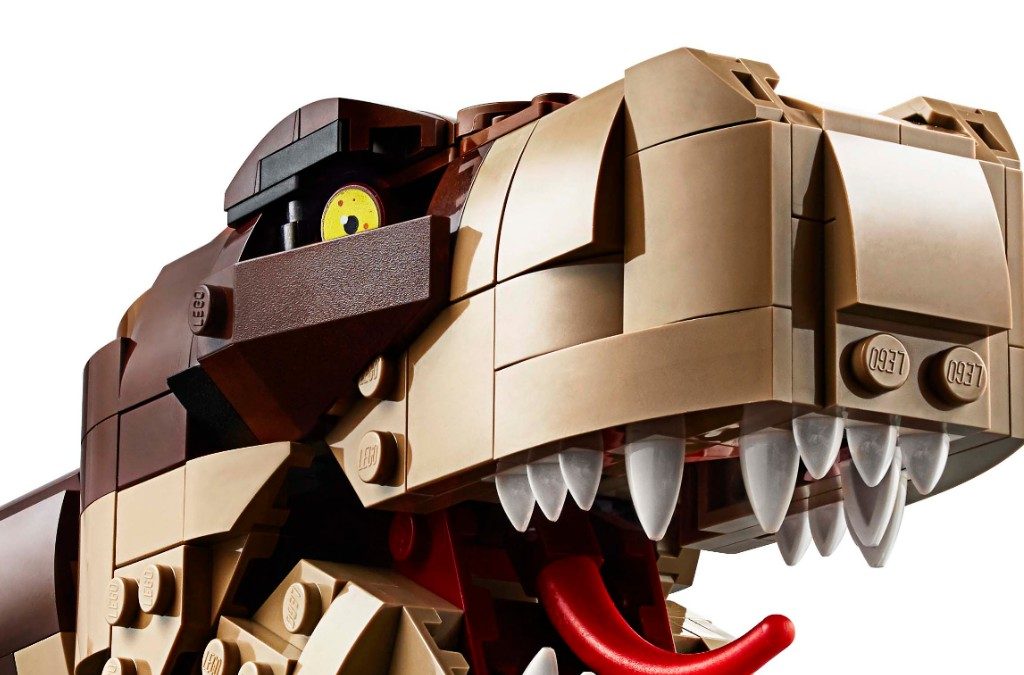 I’ve never been a huge fan of brick built dinosaurs, dragons, animals, etc. but this one will change all that.  This T. rex is beautiful.