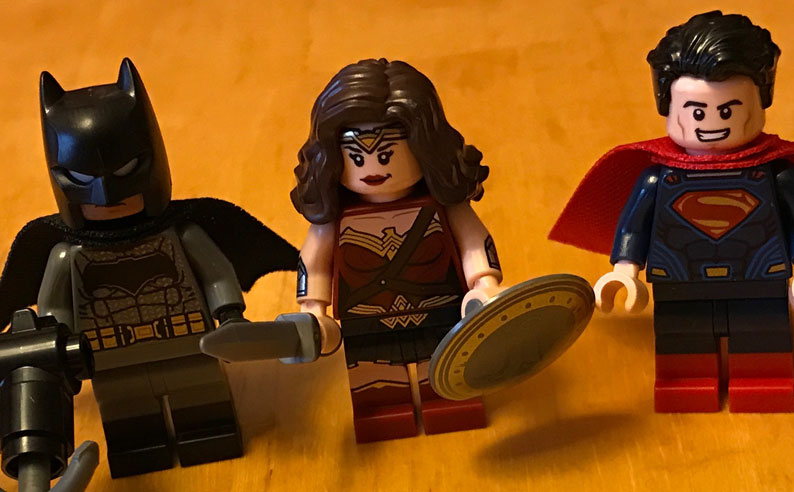 For the most part, the minifigures are great.  I absolutely love the Superman and Wonder Woman figures.  They are incredibly well done.  Batman is ok, but I don’t like the fat bat symbol from the movie.  Lois Lane is just meh.  And Lex Luther is just average at best.  I think I’ll keep Superman and Wonder Woman, and sell off the rest.  As you can see below, the majority of the minifigs have two-sided heads.

The Batwing is pretty cool.  It has a nice shape, and some interesting building techniques to angle the wings as it does.  The color scheme is a bit dull, but that has more to both with Batman in general than the design of the set.

I do like the cockpit design.  The split windscreen is cool, and I’ve never had these parts before.  I like how the cockpit is built so Batman can be secured and still wear his cape. 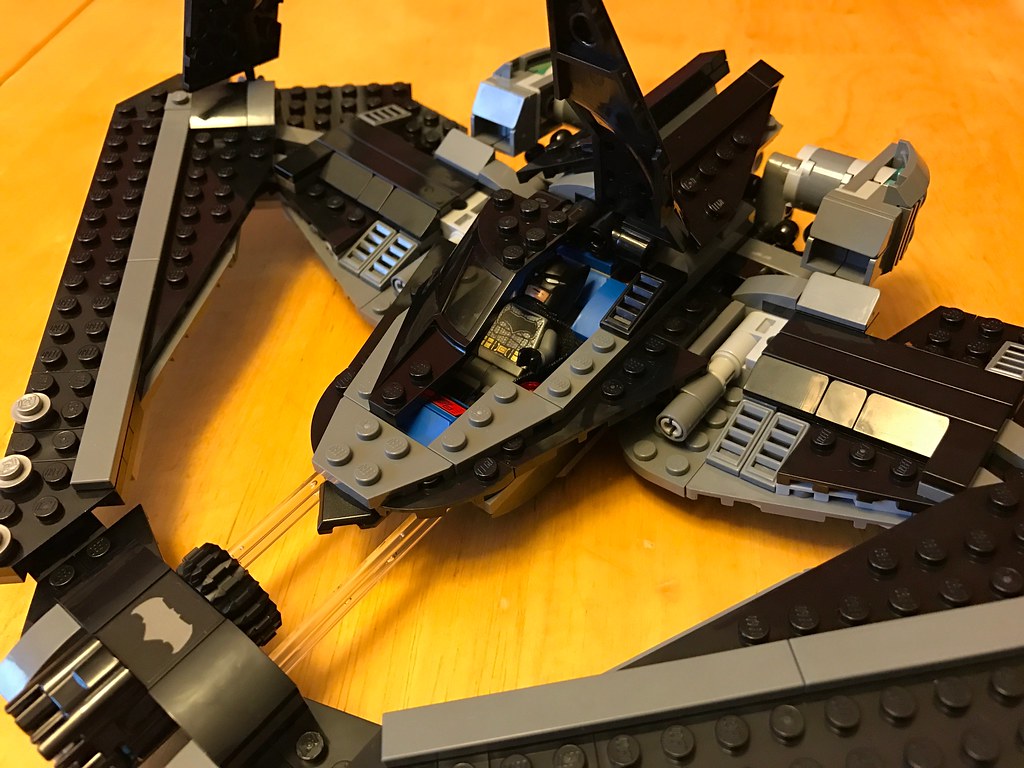 The rapid fire stud shooter on the nose is cool, too, but I think a kid will lose the studs almost instantly.  They shoot pretty far, and bounce like crazy!

Just a shot of the back.

Another cool feature of the Batwing is the folding wings.  In the above picture, you can see the lever that folds them up.  My only complaint with tis feature is the model doesn’t sit well with the wings folded.  The lever sticks down, and there are no landing gear to compensate for this.

Lex Luther’s helicopter is blah at best.  I’m sure it was included only to get the piece count up to a certain price point.  The design is silly, and the colors are really boring.  It reminds me of the dark days; the Town Junior days.

The only cool thing about the helicopter is the tail construction.  🙁

Unless you are a die hard Wonder Woman or Superman fan, I think you can pass on this set, and that pains me to say.