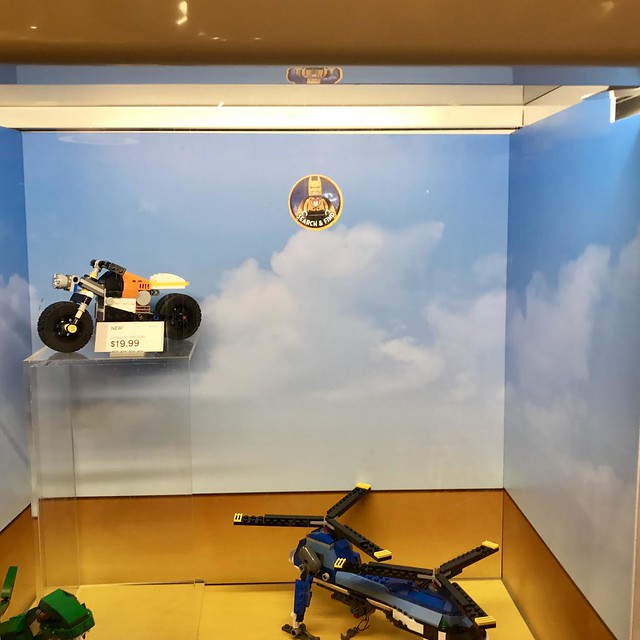 These are what the stickers look like.  They are rather small, but easy to see.  Also, they were mostly in the lower cases, so an adult will really need to get down to see them.  Much easier for kids to see.

The contents of the LEGO Batman Movie polybag 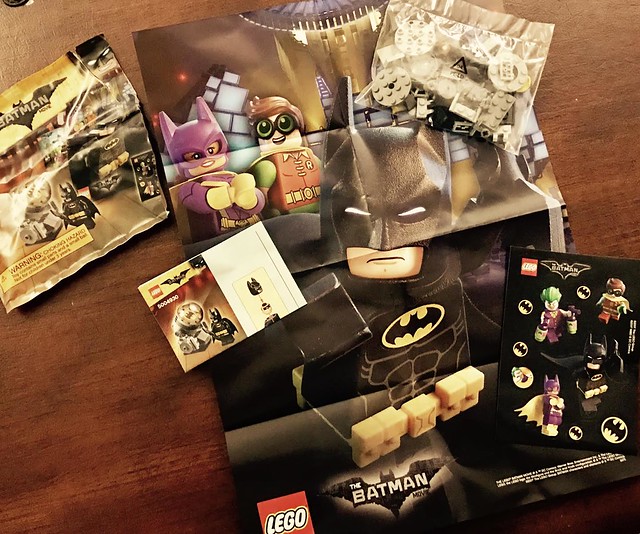 In addition to a Batman minifigure and a brick-built Bat Signal, there is a cool two-sided poster (heroes on one side, villains on the other), and some cool stickers. 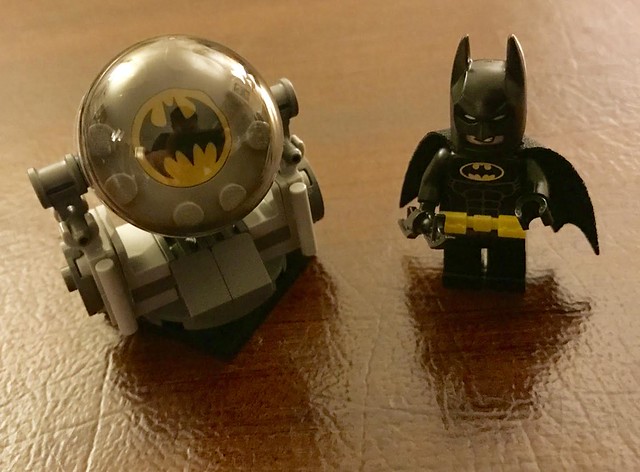 The Bat Signal is a nice little model, and will find a home atop one of my modular buildings.  It built from a variety of dark gray and gray parts, and the Bat Signal itself is printed on a round 2×2 yellow tile.  I was really hoping it would be transparent so I could put an LED behind it.  🙁

Batman is an awesome minifigure.  I really like the molded yellow utility belt, and the black cape is a much softer material than I’m used to. Hopefully, all new capes will be made like this.  I don’t have any other new Batman minifigures, so I’m not sure if the one in this LEGO Batman Movie polybag is unique or not.  I’ll hopefully know soon!

I think the promotion runs up until the release of the movie on February 10th, and I do recommend hitting your LEGO store o pick one up.  But remember to take a kid with you!