I have to admit, I’m still not impressed that the Lone Ranger is getting the big screen treatment.  And from what I’ve seen, it looks really goofy.  This did not give me high hopes for the 2013 LEGO Lone Ranger sets.  Based on these early images, I am happy to say, I was wrong! 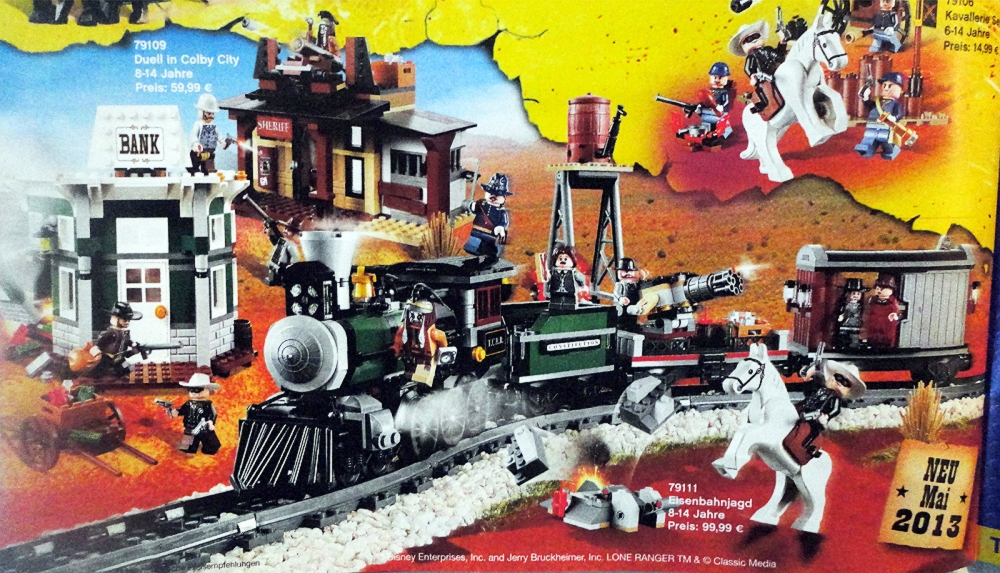 I am most excited by the train!  After seeing the train scene in the trailer, it was the one thing I was really hoping for.  And the 2013 LEGO Lone Ranger sets will not disappoint! 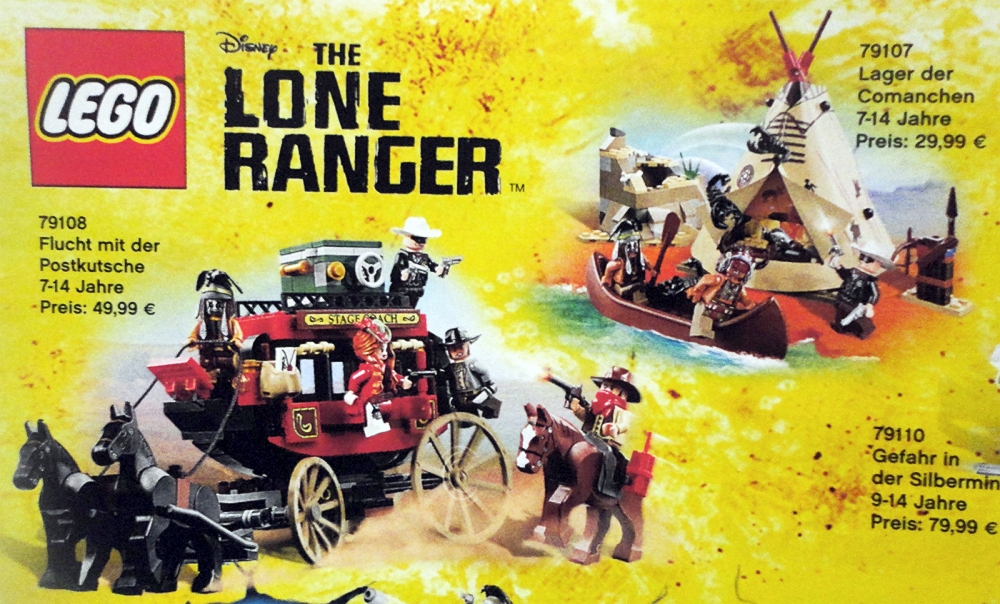 This stage-coach sort of reminds me of the King’s Carriage we got recently in the Castle theme.  It’s very well designed, and very ornate. 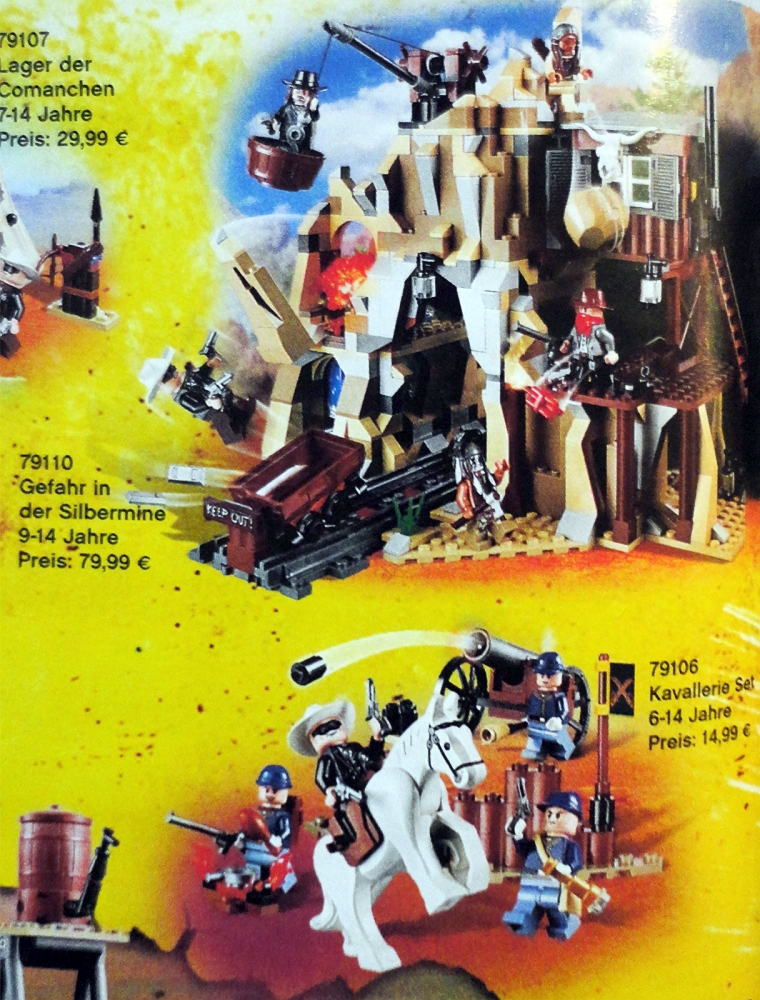 The mine set looks like it has a lot of possibilities.  Looks like it features a lot of tan and dark tan bricks.  These will really come in handy for the landscape builders out there.