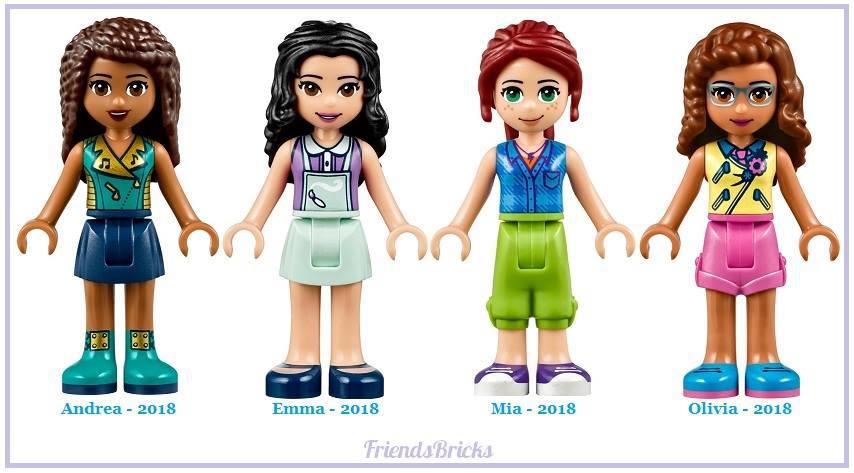 In 2018, the LEGO Friends Minidolls will be getting a makeover.  Most of the changes are minimal.  Only one character will see significant change.  And so what?  All things change over time.  Apparently this has created a huge controversy for LEGO.  It’s a big enough issue that they released the following statement:

From the LEGO Friends Team in Billund:

Every year we strive to innovate and make our products even better for children all over the world. A lot of effort has gone into the development of the LEGO characters and universes across our entire product range, so it makes us very happy when changes are noticed.

LEGO Friends in 2018 looks a bit different than what it has in the past. To be specific, the 5 main characters have a slightly different look but also the city and the citizens of Heartlake City have changed.

But what are the reasons for the change?

Firstly, we want to assure you that all 5 friends are still there in 2018.
Andrea, Mia, Emma, Stephanie and Olivia – they all still exist! Also the character’s main interests and personalities remain mainly unchanged.

What you will see in 2018 is an evolution of LEGO Friends, a progression of the story and characters to make sure children get an even greater play experience. Every year more than a million children and parents reach out to us and share what they love and what they would like to change. In the LEGO Friends range children told us that they would like even more differentiated characters and also suggested improvements to Heartlake City.

We always take great care to listen to input from children, and the LEGO Friends team has worked hard to make even more engaging and relevant experiences for children – and also make the LEGO Friends universe more true to the actual world children live in.

Taking a starting point in reality, we’ve made the characters more diverse in their appearance and have added more depth to their personality. And of course, they still live in Heartlake City. But just as the characters have changed, Heartlake City has become more differentiated and rich. There are different districts and there are other citizens that play a more active role in the story.

The changes we have made does not change the fact that previous and new LEGO Friends sets will cater for great building and play experience in 2018 and beyond, and we hope to inspire even more stories and play opportunities for children in the future.

I just don’t see the big deal. Here are some comparison shots for you to be your own judge. 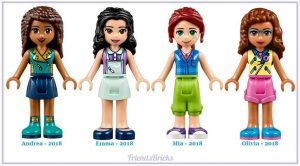 Thoughts?  Much to do about nothing?